The Soil Association highlighted the issue of peak phosphorous and its threat to food security in their report: A rock and a hard place, in 2010 (which appears to be no longer available on-line?). And made several recommendations for the UK Government, it would like to implement.  In an article I posted in 2013, I highlighted the work Wessex Water was doing to recycle nutrients.  Using the waste from their bio-digester plant, which also produces electricity and bio-gas.  They also employ chemists to work with their customers, to ensure their land gets the right amount of nutrients.

Unfortunately, the Agra-chemical companies, who produce the fertilisers (mostly from fossil fuels) for industrialised farming industry.  Have the money and the lobbying might, to try and prevent, the large scale uptake of organic farming practices.  In fact, one of the issues being highlighted at the present time, is the pharmaceutical drug residue, that might be present in the recycled waste?  In September 2016, the European Commission’s Science for Environmental Policy, published a news alert.  It was titled: Applying sewage sludge to soil may spread antibiotic resistance.  It has been widely acknowledge, that their has been an abuse of the use of antibiotics in humans and animals.  From which the chemical companies also benefit from, as well as their trade in fertilisers, herbicides, pesticides, fungicides and GMOs (genetically modified organisms). 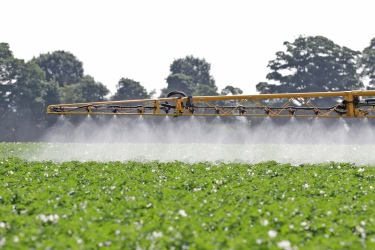 Back in 2007, Green Alliance examined the challenges and opportunities for the more sustainable use of nutrients, chiefly nitrogen and phosphorus, in the UK. It recommended a suite of policy principles to make a more circular system a reality.

Little has happened since in the UK. But last month I was asked to present Green Alliance’s policy principles to a conference of Nordic countries in Malmo, and to discuss how to take the agenda forward. I discovered that the ideas remain relevant and useful.

Whilst our mainstream media continue with the media circus about the USA presidential nominations, the referendum on EU membership and the false allegations of anti-Semitism against those who support the Palestinians rights.  Concerns have been raised by landlords, that those on Universal Credit, are in rent arrears?  Which will come as no surprise, to any one with any commosense!

We still have a Government still hounding the least able in society.  Whilst the rich get away with false expenses applications and avoiding tax.  Money is wasted hounding the poorest in society, instead of assisting them and making their lives more worthwhile.  A society which sits-by and allows the persecution and ridicule of the poor and meek, is not worthy of calling itself civilised!

Recent experience leads me to ask the question what does is PIP – Personal Independence Payment OR Permanently Irritation Persecution? In February  I wrote about how following the DWP rules r…

David Cameron‘s Government has waged a nasty campaign against those least able in society.  This is not what society as a whole wants, though the UK’s mass-media, help to stir-up hostility towards those less able in society.  We have gone back to the bad old days of Robert Tressell and ‘The Ragged Trousered Philanthropists‘!

Please READ and share this vitally important post from   Baroness Tanni Grey-Thompson requests that anyone who can walk less then 50 metres and who has lost their PIP, please get in touch with her:…

Lord Browne, was Chief Executive of BP from 1995 to 2007 and during his leadership, health and safety management deteriorated.  This led to a number of major incidents at BP‘s plants and ultimately the the March 23, 2005, explosion at the BP refinery in Texas City, Texas, which killed 15 workers, injured 180 others.  He has also been considered, ultimately responsible, for the disaster of the Deepwater Horizon oil rig.

Instead of being held responsible for this tragic accident and others and put on trial.  He sits in the unelected House of Lords, even spending time as a member of the UK Governments Cabinet.  Pushing the exploitation of unconventional fossil fuels, through the use of slick water, high pressure horizontal fracturing, ‘fracking’ in the UK.  This person has been behind the Government’s message that ‘fracking’ will be carried out safely and will not result in any environmental or health issues!  Despite the fact, health and safety in the UK, is now down to self-regulation.

Would you trust anything this person says?

Unfortunately, Portugal, like the UK, is still pursuing a fossil fuel future, despite agreeing to the COP21 Paris agreement.  The Portuguese government has even granted oil and gas producers licenses to drill, onshore and offshore the Algarve.  Even though the area is part of Natura2000, is dependent of fishing, agriculture and tourism.  Even with a (so-called) Socialist coalition government, it looks like drilling will go ahead.  Instead of investing in energy efficiency and renewables!  Though there are groups such as the Algarve Surfers and Marine Activities Association (ASMAA), fighting these proposals.

Despite all the evidence, that shows our continuing burning of fossil-fuels and biomass, is leading towards catastrophic climate change. The fossil-fuel industry continues with its quest to extract the remaining fossil-fuels. This is despite the fact we passed the point of Peak Oil some time ago. These industries like BP, pulled out of any alternative investments, such as for renewable energy and now find themselves locked into stranded assets. As do Governments (local and national), insurance companies, pension funds, banks and investment funds.

There have been several reports on the economic impact of climate change, including Climate change slams global economy study.  And despite reports that ask the question, will the frackers go bust?
The UK Government is pushing ahead with fracking.  An update from Recent fracking research round-up from the UK.  They are also pushing ahead with burning bio-mass, despite it being shown to be as bad as coal, especially to human health: Pulp fiction.

And this is all happening, despite the Brundtland Report published in 1987, pointing out:

31. The objective of sustainable development and the integrated nature of the global
environment/development challenges pose problems for institutions, national and
international, that were established on the basis of narrow preoccupations and
compartmentalized concerns. Governments’ general response to the speed and scale of global
changes has been a reluctance to recognize sufficiently the need to change themselves. The
challenges are both interdependent and integrated, requiring comprehensive approaches and
popular participation.

Nearly 30 years later, after many different conferences, the Governments of the Global North’s response has not changed.  They have refused, steadfastly, to answer the ‘Call to Action’.  Even when the report stated:

32. Little time is available for corrective action. In some cases we may already be close to
transgressing critical thresholds. While scientists continue to research and debate causes and
effects, in many cases we already know enough to warrant action. This is true locally and
regionally in the cases of such threats as desertification, deforestation, toxic wastes, and
acidification; it is true globally for such threats as climate change, ozone depletion, and species
loss. The risks increase faster than do our abilities to manage them.

And we have Governments like the UK’s, stating we need shale and coal-bed methane gas, as a bridging fuel?  Thirty years ago, the report made this observation about fossil fuels:

17. In terms of pollution risks, gas is by far the cleanest fuel, with oil next and coal a poor third.
But they all pose three interrelated atmospheric pollution problems: global warming, urban
industrial air pollution, and acidification of the environment. Some of the wealthier
industrial countries may possess the economic capacity to cope with such threats. Most
developing countries do not.

Is it the sentence; ‘Some of the wealthier industrial countries may possess the economic capacity to cope with such threats’.  That makes the Governments of the Global North, continue with ‘business-as-usual’?

We have gone back in time, to a period similar to that written about by Robert Tressell in ‘The Ragged Trousered Philanthropists‘!  And yet, we are now in the 21st Century.  How has this been allowed to happen, where are the opposition political parties?

Source: Asking a Question, the Challenge open to us all

Manchester City Council (100% Labour) constantly complains about Central Government, whilst it is happy to unlawfully enact the bedroom tax.  Putting many Manchester residents into deeper poverty and even homelessness.  Manchester is one of the most deprived cities in the UK, with the lowest life-expectancy for males.  And all Manchester City Council is concerned about, is throwing money at the usual property developers, like Urban Splash and Ask Development