Nuclear is not safe, this is a study of workers who are afforded some measure of protection, not the general public who are exposed to the continues leaks from nuclear facilities.

Just in time to debunk the US NRC proposal for increasing radiation exposure to the general population from 0.25 mSv (EPA) to 100 mSv: http://www.regulations.gov/#!docketDetail;D=NRC-2015-0057 (Comment Deadline Nov. 19th) is a new study of nuclear workers exposed to cumulative doses with a median average (half-above, half-below) of 4.1 mSv, and an overall arithmetic average (mean) of 20.9 mSv: “Results suggest a linear increase in the rate of cancer with increasing radiation exposure. The average cumulative colon dose estimated among exposed workers was 20.9 mGy (median 4.1 mGy). The estimated rate of mortality from all cancers excluding leukaemia increased with cumulative dose by 48% per Gy (90% confidence interval 20% to 79%), lagged by 10 years“. (See Richardson et. al. below). One Gy is 1000 mSv, in the context of this study, or 10 years worth of the US NRC 100…

Carbon Capture and Sequestration (CCS), a false solution, an attempt by the fossil fuel industry and the rich, to continue with business as usual. We need to stop burning fossil fuels, to stop catastrophic climate change, destroying human live. This means the rich need to cut back on their excessive consumption and an increase in energy efficiency.

Probe after Gorgon releases millions of tonnes of greenhouse gas

The Gorgon Gas project off WA’s north-west coast has released millions of tonnes of carbon dioxide into the atmosphere instead of injecting it underground as environmental approvals required, because of technical problems with its gas injection system.

The conditions stated that Chevron had to “implement all practicable means” to reinject all carbon dioxide removed during gas processing into deep aquifers below the island. 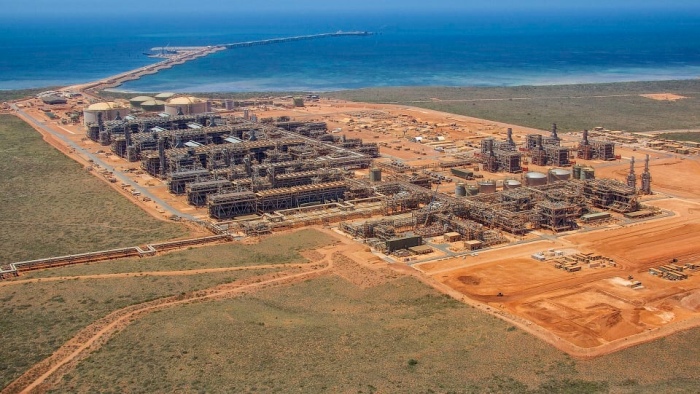 The minimum requirement was 80 percent, calculated on a five-year rolling average. If the amount fell significantly below 80 per cent Chevron had to report this and take steps to “offset” these emissions.

The Barrow Island operation had still not yet injected any carbon dioxide underground, West Australian Environment Minister Stephen Dawson confirmed in Parliament on Tuesday in response to a question from…

Someone posted recently, that the USA, along with Israel, having been planning to engage Iran in warfare. As well as their continuous attempts to bring about regime change, just as they did in Iraq and Libya. https://www.activistpost.com/2018/05/trumps-pull-out-nuclear-deal-planned-path-to-persia-war-iran.html

Just a few days after the former NYC mayor and latest member of President Trump’s unexpectedly let it slip that “we got a president who is tough, who does not listen to the people who are naysayers, and a president who is committed to regime change [in Iran]”, the Washington Free Beacon has obtained a three-page white paper being circulated among National Security Council officials with drafted plans to spark regime change in Iran, following the US exit from the Obama-era nuclear deal and the re-imposition of tough sanctions aimed at toppling the Iranian regime.

The plan, authored by the Security Studies Group, or SSG, a national security think-tank that has close ties to senior White House national security officials, including – who else – National Security Adviser John Bolton, seeks to reshape longstanding American foreign policy toward Iran by emphasizing an explicit policy of regime change, something the Obama administration opposed when popular protests gripped Iran in 2009…