Hi,A handful of corporations own our food. They decide what farmers can grow and how much we have to pay for it.

Giant companies like @Bayer-Monsanto and @Carlsberg can do this because they patent our seeds: from melons and tomatoes to barley used to make beer.

We campaigned for five years to get the office which decides on patents (European Patent Office – EPO), to ban patents on plants and animals. And we won! But companies are cancelling our win by taking advantage of where the rules are not 100 percent clear.

All it would take to block these companies is for ministers to make patent rules watertight. The very rules they put in place thanks to public pressure from people like us.

And we know we can do this because this time around, our community is even stronger. We also have 50 organisations including local breweries from across Europe joining the fight.

Together let’s call our ministers to schedule an official conference and take bold decisions that will stop companies from manipulating the rules.

The Soil Association highlighted the issue of peak phosphorous and its threat to food security in their report: A rock and a hard place, in 2010 (which appears to be no longer available on-line?). And made several recommendations for the UK Government, it would like to implement.  In an article I posted in 2013, I highlighted the work Wessex Water was doing to recycle nutrients.  Using the waste from their bio-digester plant, which also produces electricity and bio-gas.  They also employ chemists to work with their customers, to ensure their land gets the right amount of nutrients.

Unfortunately, the Agra-chemical companies, who produce the fertilisers (mostly from fossil fuels) for industrialised farming industry.  Have the money and the lobbying might, to try and prevent, the large scale uptake of organic farming practices.  In fact, one of the issues being highlighted at the present time, is the pharmaceutical drug residue, that might be present in the recycled waste?  In September 2016, the European Commission’s Science for Environmental Policy, published a news alert.  It was titled: Applying sewage sludge to soil may spread antibiotic resistance.  It has been widely acknowledge, that their has been an abuse of the use of antibiotics in humans and animals.  From which the chemical companies also benefit from, as well as their trade in fertilisers, herbicides, pesticides, fungicides and GMOs (genetically modified organisms). 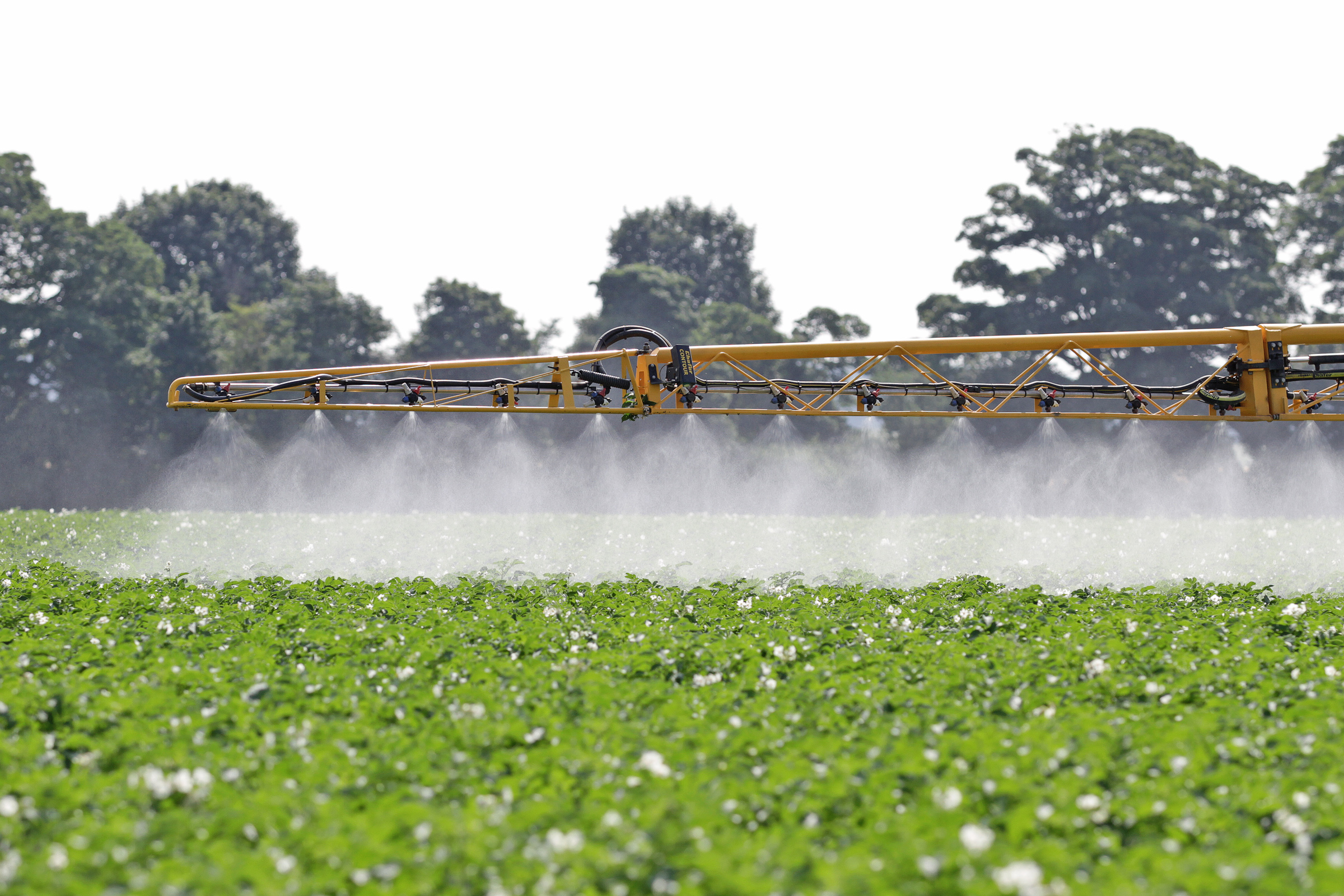 Back in 2007, Green Alliance examined the challenges and opportunities for the more sustainable use of nutrients, chiefly nitrogen and phosphorus, in the UK. It recommended a suite of policy principles to make a more circular system a reality.

Little has happened since in the UK. But last month I was asked to present Green Alliance’s policy principles to a conference of Nordic countries in Malmo, and to discuss how to take the agenda forward. I discovered that the ideas remain relevant and useful.

The UK Government’s pursuit of unconventional sources of fossil-fuels and new nuclear, at any costs. Shows clearly, that the Government is not serious about tackling the serious and urgent issue of climate change and climate justice. Using the Police as shock-troops against peaceful protesters, the Government shows, it is only concerned with the interests of corporations. It also highlights what an utter farce COP21 Paris was, as a number of signatories to the agreement, are still pursuing a fossil-fuel powered future! And, lets not forget, the police also, committed acts of environmental vandalism by chopping down trees, they thought, might be used by the protesters! As well as other acts of vandalism by the police and contractor for iGas.

Via the excellent “Salford Star”

Like the UK Government, the Indian Government says it is ‘green’ whilst doing everything to support climate changing fossil fuels!

By Raaj Manik At least five innocent protesters were killed after police opened fire on a protest of 1500 villagers who were protesting against two China-backed power plants in Chittagong, a locati…

It is accepted that, at the best possible estimates, shale gas will supply the UK, for possibly 15 years. And yet, we have Babs Murphy of The North and Western Lancashire Chamber of Commerce, stating “It is our responsibility to ensure that the economic benefits [of shale gas] will come to local businesses. We owe it to future generations not to let this opportunities pass by”! So they think, for a short-term ‘gain’, future generations should be ‘inconvenienced’ and suffer the environmental consequences?
The Chartered Institute of Water and Environmental Management (CIWEM) has produced a new report on ‘fracking’ waste water: energy. Stating that the management and disposal of wastewater remains one of the biggest hurdles facing the ‘fracking’ industry. It does mention the possible need of a in some cases a radioactive substances permit will be required, if ‘fracking waste water is re-injected. Has the issue of radioactive waste water been down-played? Because it is classed as NORM, normally occurring radioactive material? We know United Utilities discharged radioactive ‘fracking’ waste water into the Manchester Ship Canal and the EA allowed them to.
And are people aware of the recent Federal Jury judgement: Federal jury awards $4.24 million to dimock families in fracking case

The public inquiry into Cuadrilla’s plans to frack near Blackpool reached its final stages last week with the closing arguments from  half the groups involved.

Unfortunately, Portugal, like the UK, is still pursuing a fossil fuel future, despite agreeing to the COP21 Paris agreement.  The Portuguese government has even granted oil and gas producers licenses to drill, onshore and offshore the Algarve.  Even though the area is part of Natura2000, is dependent of fishing, agriculture and tourism.  Even with a (so-called) Socialist coalition government, it looks like drilling will go ahead.  Instead of investing in energy efficiency and renewables!  Though there are groups such as the Algarve Surfers and Marine Activities Association (ASMAA), fighting these proposals.

We constantly hear from our politicians, mass media and climate change denialists, that renewables are heavily subsidised.  When the truth is exactly the opposite, with fossil fuels and nuclear being heavily subsidised at the expense of the tax-payer and energy customer.

Despite all the evidence, that shows our continuing burning of fossil-fuels and biomass, is leading towards catastrophic climate change. The fossil-fuel industry continues with its quest to extract the remaining fossil-fuels. This is despite the fact we passed the point of Peak Oil some time ago. These industries like BP, pulled out of any alternative investments, such as for renewable energy and now find themselves locked into stranded assets. As do Governments (local and national), insurance companies, pension funds, banks and investment funds.

There have been several reports on the economic impact of climate change, including Climate change slams global economy study.  And despite reports that ask the question, will the frackers go bust?
The UK Government is pushing ahead with fracking.  An update from Recent fracking research round-up from the UK.  They are also pushing ahead with burning bio-mass, despite it being shown to be as bad as coal, especially to human health: Pulp fiction.

And this is all happening, despite the Brundtland Report published in 1987, pointing out:

31. The objective of sustainable development and the integrated nature of the global
environment/development challenges pose problems for institutions, national and
international, that were established on the basis of narrow preoccupations and
compartmentalized concerns. Governments’ general response to the speed and scale of global
changes has been a reluctance to recognize sufficiently the need to change themselves. The
challenges are both interdependent and integrated, requiring comprehensive approaches and
popular participation.

Nearly 30 years later, after many different conferences, the Governments of the Global North’s response has not changed.  They have refused, steadfastly, to answer the ‘Call to Action’.  Even when the report stated:

32. Little time is available for corrective action. In some cases we may already be close to
transgressing critical thresholds. While scientists continue to research and debate causes and
effects, in many cases we already know enough to warrant action. This is true locally and
regionally in the cases of such threats as desertification, deforestation, toxic wastes, and
acidification; it is true globally for such threats as climate change, ozone depletion, and species
loss. The risks increase faster than do our abilities to manage them.

And we have Governments like the UK’s, stating we need shale and coal-bed methane gas, as a bridging fuel?  Thirty years ago, the report made this observation about fossil fuels:

17. In terms of pollution risks, gas is by far the cleanest fuel, with oil next and coal a poor third.
But they all pose three interrelated atmospheric pollution problems: global warming, urban
industrial air pollution, and acidification of the environment. Some of the wealthier
industrial countries may possess the economic capacity to cope with such threats. Most
developing countries do not.

Is it the sentence; ‘Some of the wealthier industrial countries may possess the economic capacity to cope with such threats’.  That makes the Governments of the Global North, continue with ‘business-as-usual’? 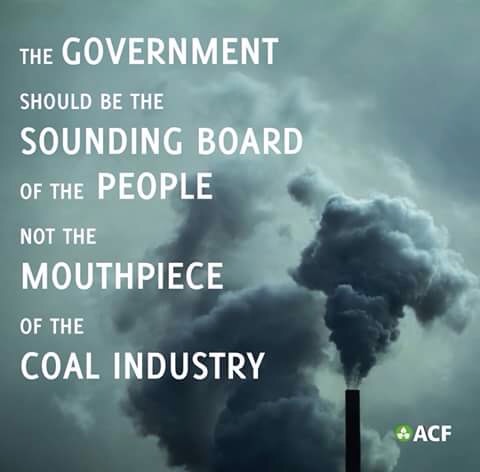 One of the reason, I have no time for the Green Party, The Guardian, Jonathon Porritt, George Monbiot, Natalie Bennett and the like. Is that, they continue to believe we can continue consuming the World’s resources, but somehow in a different way!  Whilst we only have the one planet, with its finite resources?

In his 2006 landmark report on how we should respond to the climate crisis, Nicholas Stern characterised global warming as an ‘externality’, a damage to others due to market activity whose cost is not met by those who cause it.
Indeed, Stern characterised climate change as ‘the largest ever market failure’. In other words, the problem of global warming arises because the market system is not working well enough, and if we could find a way to correct the fault then the problem would be solved.
It was a geophysicist, Brad Werner, who in 2012 argued precisely the opposite case – that we are in this mess not because the market system is not working well enough but because it is working too well. Werner’s startling presentation to the annual conference of the American Geophysical Union was titled ‘Is the Earth F**ked?’ and he posed in public the question climate…

There is a Global movement calling for the end of ecocide: https://www.endecocide.org/en/. Something I think Mark Burton is striving for with Steady State Manchester. Manchester City Council, under Richard Leese and Howard Bernstein, have been pushing a policy of build, build and build more. This is offices, retail units, hotels and home-to-buy, when what is needed, is investment in front-line services and council housing. And as Mark points out, there are those, who are supposed to be ‘Green’, also wanting to follow the policy of build, build and more build. Which would would only drive climate change and inequality.
That is why I was to come across the European Trade Union Institute pursuing: Social innovation and equality keys to social ecological transition. At the bottom is a link to a presentation, showing how austerity has driven inequality. One change I would make to the presentation, is slide 5. I would change the box with ‘Inclusive Growth’ in it, to ‘Inclusive Prosperity’.

Yesterday, 3rd December, 2014, The UK Chancellor of the Exchequer, George Osborne, made his autumn statement in which he set out the government’s plans on the economy.

He confirmed that a Tory government will continue to cut public spending in the years to come. Indeed it turns out, “you ain’t seen nothing yet”. As the Office of Budget Responsibility puts it, the government’s plans mean that

Between 2009-10 and 2019-20, spending on public services, administration and grants by central government is projected to fall from 21.2 per cent to 12.6 per cent of GDP and from £5,650 to £3,880 per head in 2014-15 prices. Around 40 per cent of these cuts would have been delivered during this Parliament, with around 60 per cent to come during the next. The implied squeeze on local authority spending is similarly severe.

For a sound analysis of where these cuts will fall, see Richard Murphy’s piece, accurately…